This open-air museum refurbished by the Departement Council is the setting for 56 bronze sculptures.

The garden restoration was directed by the architect-landscaper, Françoise Phiquepal.
The landscaping for the estate designed by Michel Dufet between 1966 and 1985 has been totally recreated under this restoration project.

The paths and beds have been retraced accurately, terraces and borders have been consolidated, many trees and shrubs have been replaced to create a pleasing balance between the sculptures by Antoine Bourdelle (1861-1929) and the plantings that serve as a their showcase.

The flowering of the beds will put the finishing touches on the rebirth of this magnificent garden in late Spring. These iridescent plants form the backdrop for the public to discover or rediscover the work of the sculptor, Antoine Bourdelle; Michel Dufet and the artist's daughter, Rhoda Bourdelle, have been seeking to make it known for many years.

Have worked on creating the first Bourdelle museum in the sculptor's former studio in the Montparnasse district of Paris, they embarked on achieving a true open-air museum on the Egreville property.
All the sculptures have been placed and set off by space, light and the colour of the surrounding plant life. The viewpoints on the works become some of the most spectacular, with the most sheltered locations reserved for the most intimate sculptures. All together they represent a varied route that is ideal for understanding the diversity of the sculptor's works, his most celebrated creations like Hercules the Archer, the Dying Centaur and the equestrian statue of General Alvear.
Works from his youth still influenced by Rodin's artistry or moving portraits of his contemporaries and the masters he admired like Beethoven, Daumier and Carpeaux are also exhibited.

Michel Dufet and his wife Rhodia, Antoine Bourdelle’s daughter, between 1966 and 1969, built the property of the Bourdelle Garden Museum in Egreville.
They acquired several plots of land together making up close to 7,000 m2 and a selection of agricultural buildings standing on them.

Immediately after the acquisition of the land in 1966, Michel Dufet started on laying out the garden and converting the buildings.
Several old trees were kept in the garden, designed around a complex, very organised layout of lawns and beds bordered by neat box hedges, brightened up with annual or perennial plants with the dominant colours varying from season to season. Groups of conifers were planted to structure the space, whilst curtains of poplars or planted hedges screened off the vistas towards the outside. This creation inspired by traditional French-style parks and gardens from the art deco era appears to be the only work by Michel Dufet in this field.

The garden is the setting for a collection of 56 bronze sculptures by Antoine Bourdelle, which were introduced gradually between 1967 and the early 1980s.
They are original bronzes* (*Limited number of copies in bronze eight maximum + four non-commercial artist's copies), in the main created specially to be exhibited in this place.
Although some bronzes were moved to make way for new works, it would appear that overall the position of each sculpture was decided very carefully, based more on the decorative impact of each bronze than with respect to a didactic presentation of Bourdelle's work.

The majority of Bourdelle's major works can be found in the garden, including, to name just a few of the most famous, Hercules the Archer, the Dying Centaur, the bas relief of the Théâtre des Champs-Elysées and the equestrian statue of General Alvear, surrounded by his four allegorical figures.

Michel Dufet and his wife Rhodia intended with this garden project to create an open-air counterpoint to the Bourdelle Museum in Paris that they themselves had crafted a few decades previously.

Presenting the sculptures in the open air, in a strictly-ordered plant setting playing with colours and the organisation of space, is ideal for appreciating all the vigour of Bourdelle's art, which Michel Dufet wished to heighten with an original landscaping creation. 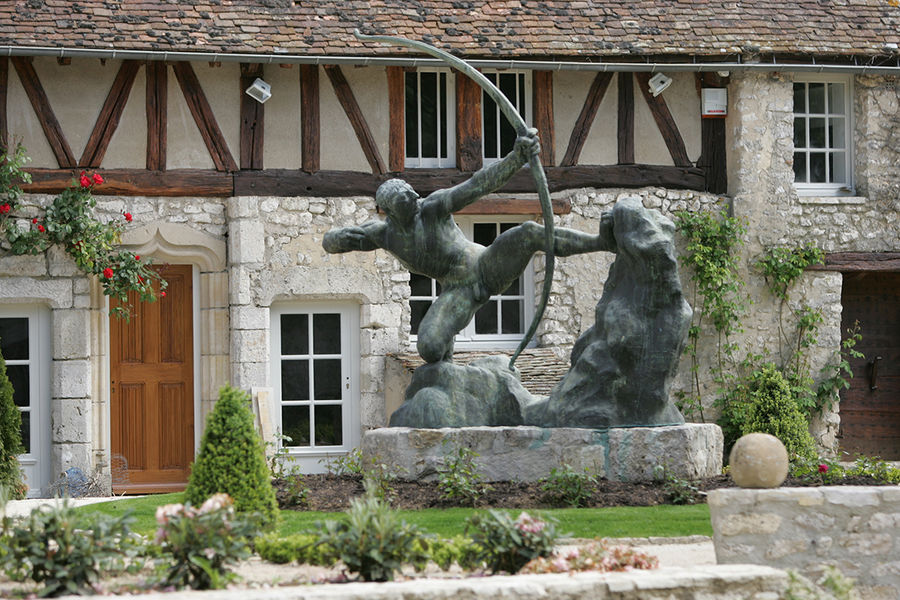 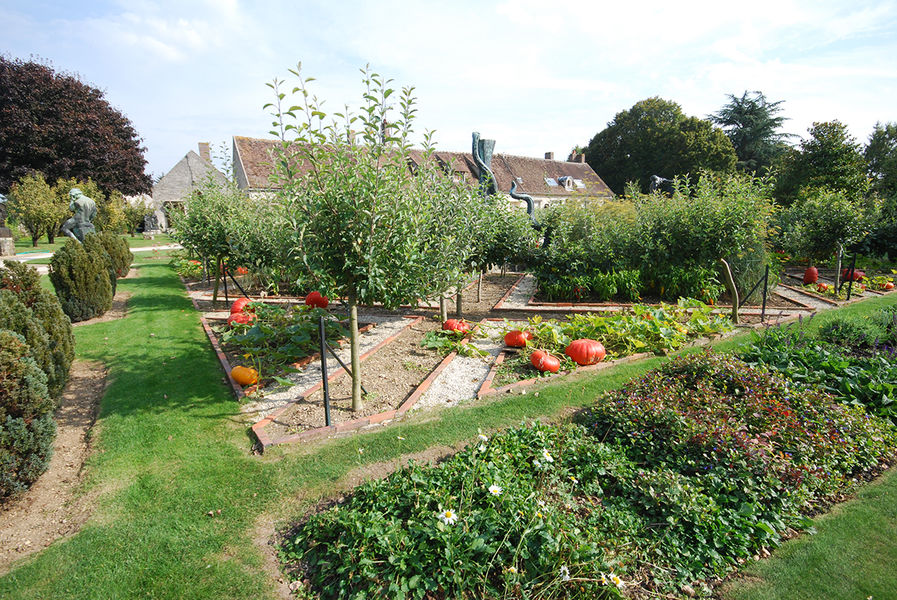 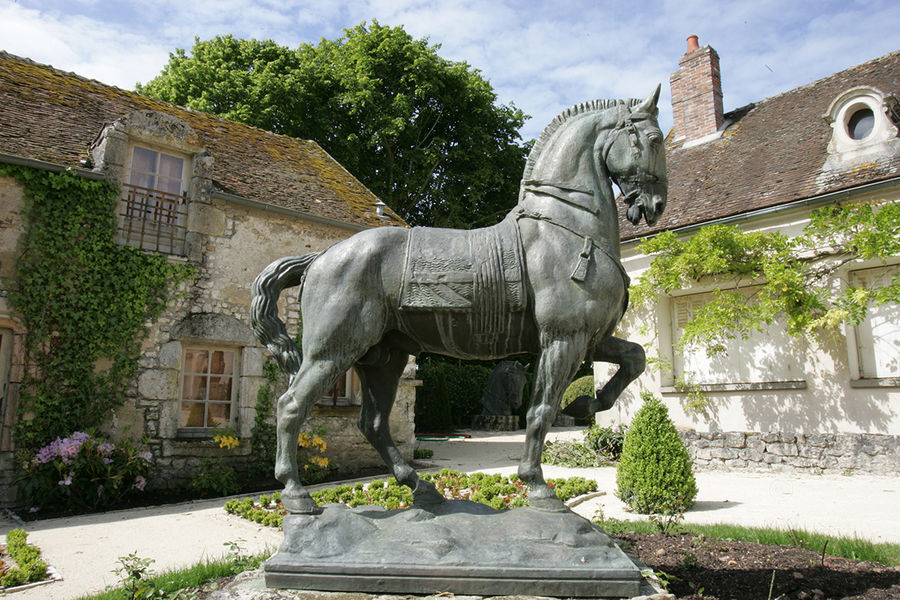 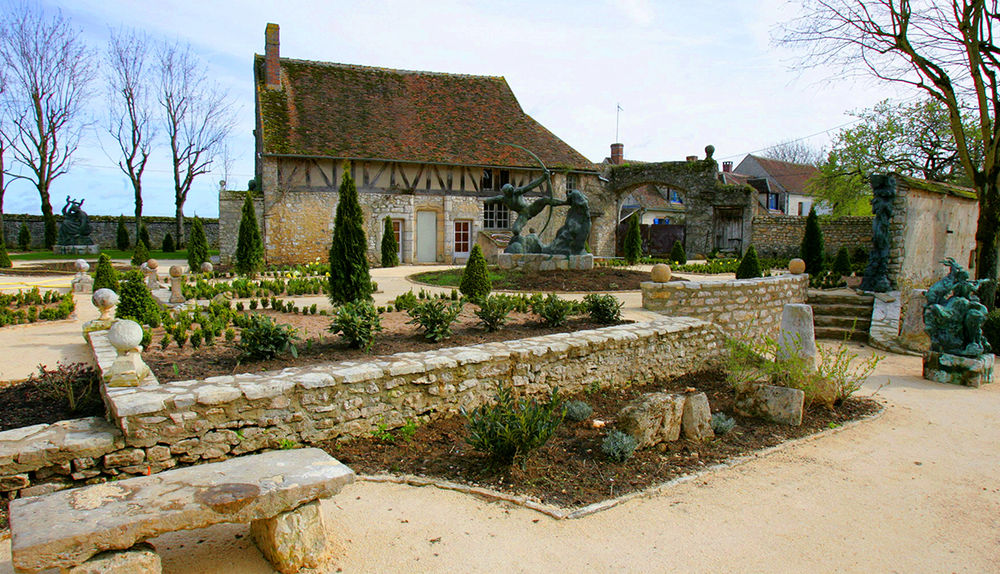